You are here: Home / Archives for Matt Whiteside

In Mach 1 we evaluate the biomechanics of a pitcher by utilizing the Gestalt Performance method of biomechanics breakdown. This method analyzes many different movement flaws and/or energy leaks that could result in poor performance or even worse, injury. Instead of spending 30 minutes describing every little kinematical variable I’m going to just give 3 pretty important movements that need to be right. 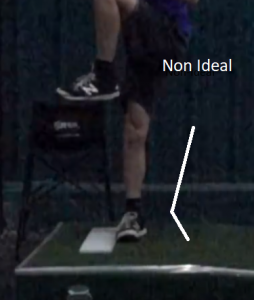 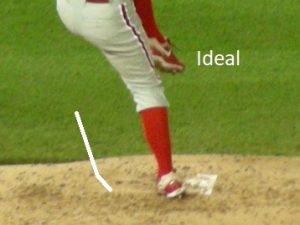 Next, we’ll look at the position of the arm at front foot plant. The arms position right before the body goes into the throwing (acceleration) phase will determine the type of stress the arm takes and how the arm will compensate elsewhere down the kinetic chain to avoid more stress. Ideally the position of the arm should be parallel to the spine, so the arm is up at a 90-degree angle. This allows proper loading of the shoulder joint to assure maximum energy transfer through the arm and into release of the ball without over stressing the joints and soft tissue in the arm. This is a very common mechanical flaw in both youth and professional baseball that could lead to various arm injuries. 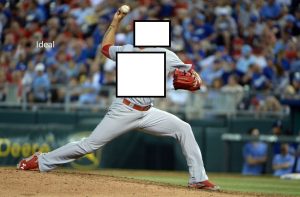 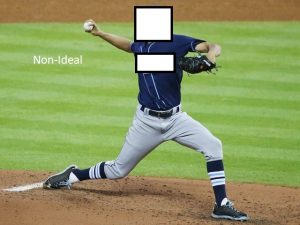 The final movement flaw we’ll discuss is just as important if not more important than the previous flaw. Here we’re looking at what some call early trunk rotation. When they activate the front side too early we have a severe energy leak through the torso which puts the arm in a dangerous position. Many coaches cue this up by having them tuck their glove hard into their body causing the pitcher to spin the front side too early and disconnect the body’s kinetic chain. We look to see the elbow and knee relatively in-line with each other until front foot strike to assure that everything is still well connected and ready to transmit energy 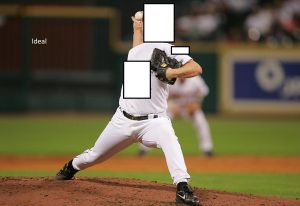 Now pull out your smartphone and take some high-speed video of your pitching mechanics and see if you’re doing any of these flaws.

A term like “arm care” is commonly used, and yet it has so many different meanings and directions that it can be taken. We consider arm care as a multimodal, multi-region approach that looks to recover not only the arm but the whole body. By not properly recovering after training you set your body up for increased fatigue and a decrease in optimal movement. Studies show that decreased shoulder range of motion is an early warning sign for future potential injury. (Camp et al., 2017)

We take several approaches to arm care from foam rolling and myofascial release to bands and plyo-balls to meditation and breathing exercises. These methods are all very different but all are reaching towards the same goal. To get stronger we must stress the body, but if we don’t rest/recover we only burn out. It’s a simple equation that’s discussed many times in the book “Peak Performance” that stress + rest = growth. Every time you throw or work out you’re taking resources out of your body (stress). Unless you’re working towards putting those resources back in (recovery) and recharging the body you’re setting up for the resources to be depleted (injury).

The thing that sets one arm care program apart from others is the purpose, intent, and detail behind each action and each repetition. The ones that just rip through a warm up or recovery day are the ones that don’t see the result they think they deserve. Something as simple as loading the shoulder blades appropriately can decide whether your last month of band work was a benefit or a detriment.

To be able to completely maximize your arm care/body care you need to have had some form of movement assessment to determine where your individual needs are. A blanket arm care program will provide a benefit, but working towards fixing your personal deficiencies will take out any of the guess work and put you on the path of optimal health and performance. Individualization is the key factor in any healthy and successful program.